My wife and I had been planning an epic trip to Nova Scotia, New Brunswick, Maine, and Massachusetts for 2020, but with the Canadian border closed and those states requiring quarantines, we were forced to look at other options. 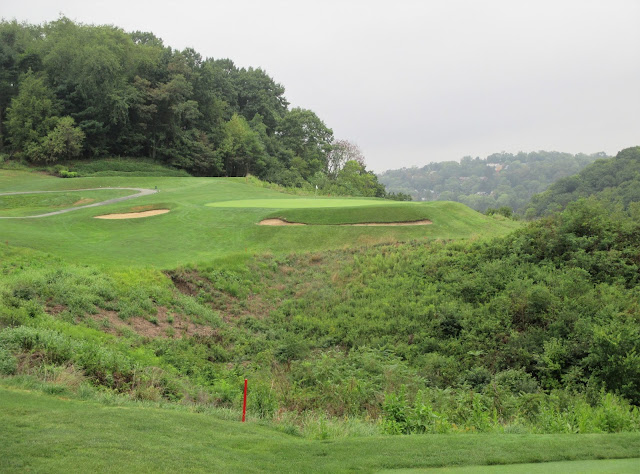 We decided on a driving trip that would use Donald Ross courses in Ohio and Michigan as a framework and expanded to other places.  The trip ended up being 26 courses, 14 of which were touched by Donald Ross. 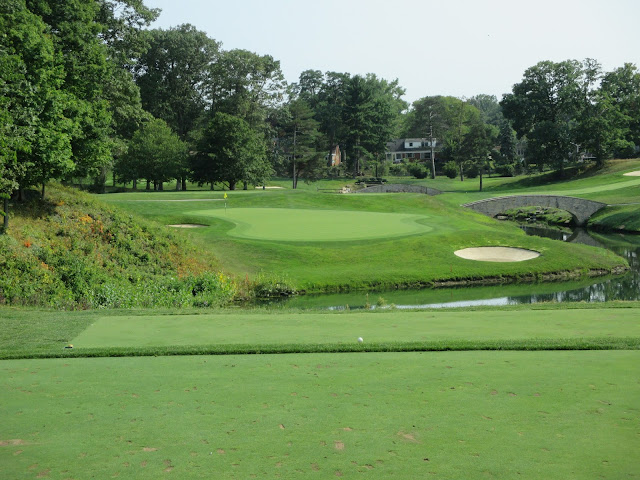 Our trip began in Southern Ohio at Elks Country Club, formerly referred to as Portsmouth Elks in McDermott. Sadly all of the bunkers have been removed from this 1924 Ross design.  It's a real tragedy when you see pictures of what was there before.

Next up on day one we headed to Athens, Ohio for a round at the nine hole Ross designed Athens Country Club.

We wrapped up a full day of Ross courses with a round at Denison Golf Club in Granville, Ohio.  This 1924 Ross design is another great example of why Ross was the best router of golf courses.  He wisely used the flattish land near the clubhouse for the first three holes and then expanded out into the more interesting terrain for the majority of the course.

Day two of the trip began in Lancaster, Ohio for a round at Lancaster Country Club, which featured nine holes of Donald Ross and nine holes designed by Jack Kidwell.  Kidwell was a local Ohio architect, and he added holes or modified several Ross courses in Ohio.
We took a small break from Donald Ross on day two for a round at Cooks Creek Golf Club in South Bloomfield, Ohio.  Cooks Creek is a Hurdzan & Fry design that featured input from PGA Tour pro John Cook, whose family operates the course.  The course has clearly seen better days and I really hope it recovers from its current issues because what's on the ground is pretty good.
We headed to Northern Ohio for our last stop on day two.  Mohawk Country Club is in Tiffin, Ohio and is the home to two college golf teams.  The generally flat layout features some great surprises like a very cool short par three and a drivable, cape like par four over a waste area.
Day three began with the East course at Warren Valley Golf Club in Dearborn Heights, Michigan.  Both courses at Warren Valley were designed by Ross in 1922.  The East features more of the original design than the West including some potential great par 3's with a little TLC.
The biggest surprise, and best course we played on the trip, was up next on day three.  The University of Michigan golf course was designed by Alister MacKenzie in the late 1920's.  Although some changes have been made over the years, the course is largely preserved and showcases what made MacKenzie, designer of Cypress Point and Augusta National, the greatest architect in golf.

Last up on day three was a Ross gem, Western Golf & Country Club in Redford, Michigan.  What makes Western unique is that a golf course was able to be built on such a narrow piece of property.  Ross expertly used the creek that cuts through the property to maximum effect and gets maximum use out of every inch of the small property.

Day four began with the other course at Warren Valley, the West course.  The property on the West is a little less interesting, and has obviously been modified considerably more than the East course.

We headed North for the 2nd and 3rd courses on day four.  The first stop was in Clarkston, Michigan where we played Shepherd's Hollow Golf Club.  Designed by Arthur Hills, the course features three nines.  We played the 1-9 and 10-18 nines.  After playing pretty mediocre for the first few days I suddenly found my swing at Shepherd's Hollow and shot a very smooth 66.  There was absolutely no warning that this was coming, one of the things I love about golf, you never know what is going to show up day to day!

We again headed North to Grand Blanc, Michigan for a round at long time PGA Tour host, Warwick Hills Golf & Country Club.  Originally designed by James Harrison in the 1950's, most of what exists today came from a Joe Lee re-design in the 1970's.  The course hosted the Buick Open on the PGA tour for forty years, and two weeks before we visited hosted a Champions Tour event.

Our fifth day began in Lake Orion at Indianwood Golf & Country Club.  I played the Old course at Indianwood fourteen years ago and was now returning to play the New course, a 1980's Bob Cupp and Tom Kite design.  The course was built to be difficult and features lots of target golf style holes.

Next up on day five was the Charles Alison designed Plum Hollow Country Club in Southfield, Michigan.  Alison is an expert at maximizing the potential of a site with water and elevation and Plum Hollow is a great example of this.

The day wrapped up at Grosse Ile Golf & Country Club on the island of Grosse Ile in Michigan.  The course was designed by Donald Ross in 1920.

The sixth day of our trip began at the Donald Ross designed Monroe Golf & Country Club in Michigan.  Another course with a generally flat piece of property that was transformed into a very interesting course.

The biggest surprise of the trip was the wild and wonderful Sylvania Country Club just northwest of Toledo, Ohio.  A Willie Park Jr design on a magnificent piece of property, the course features one of the most dramatic 1, 9, 10, 18 areas I have ever seen.

Manakiki Golf Course in Cleveland is where day seven on the trip began.  An original Donald Ross design, the course has made steady improvements over the years as the Cleveland Parks service has recognized what a valuable Ross gem they have.

We finished day seven at The Club at Nevillewood in the hills west of Pittsburgh.  We were racing to get done before a severe thunderstorm hit.  Nevillewood was designed by Jack Nicklaus.

The eighth day of our trip brought us to the east side of Pittsburgh and a round at Longue Vue Club.  The co-host of the US Amateur next year with Oakmont, Longue Vue has done significant work to improve the original Robert White design.  Tree removal and many other changes have made the course one of the best in Pennsylvania.

After a heavy thunderstorm washed out two scheduled courses on day eight, day nine began in the rain at the nine hole Ross designed Immergrun Golf Club in Loretto, Pennsylvania.  Luckily they did not get as much rain as the Pittsburgh area.

The last Ross course of the trip, Lewistown Country Club, has nine holes of Ross left, and it features strong greens and a wonderful setting in the hills of Pennsylvania.

With plenty of daylight left after my twenty-seven holes of Donald Ross, we stopped in Hagerstown, Maryland for a round at Beaver Creek Country Club.

The last course on the trip brought back memories of my childhood.  When I was thirteen years old my dad took me to play the Stoney Creek course at Wintergreen. Twenty-Seven years later I returned to play the Devil's Knob course.  Designed by Ellis Maples, Devil's Knob has the distinction of being the highest elevated course in Virginia. 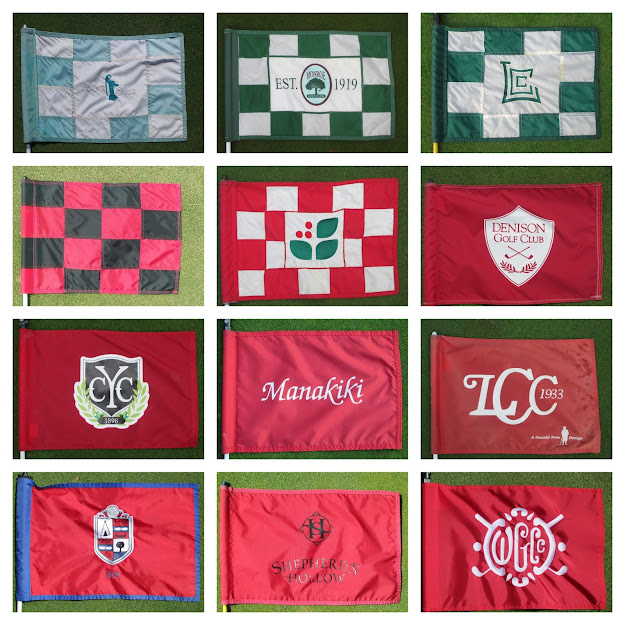 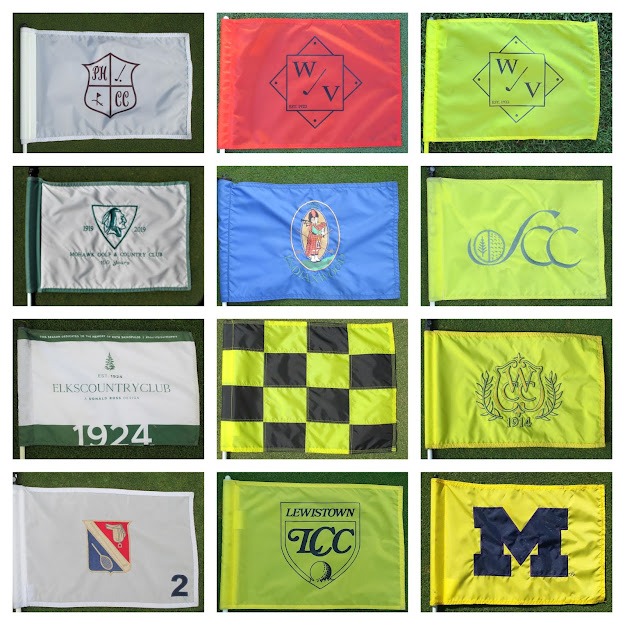 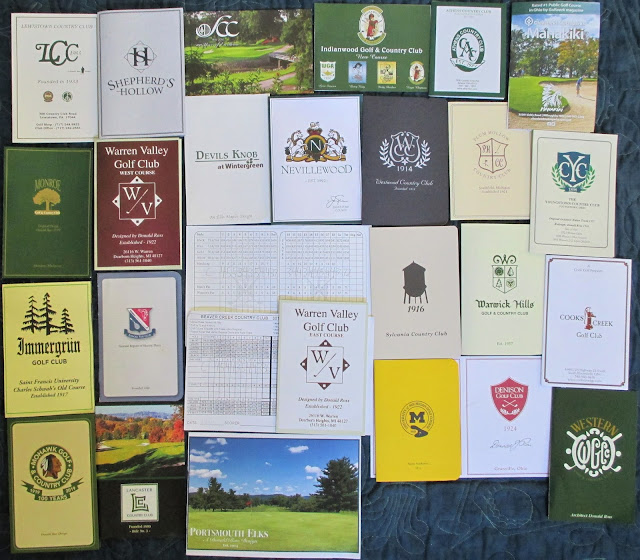 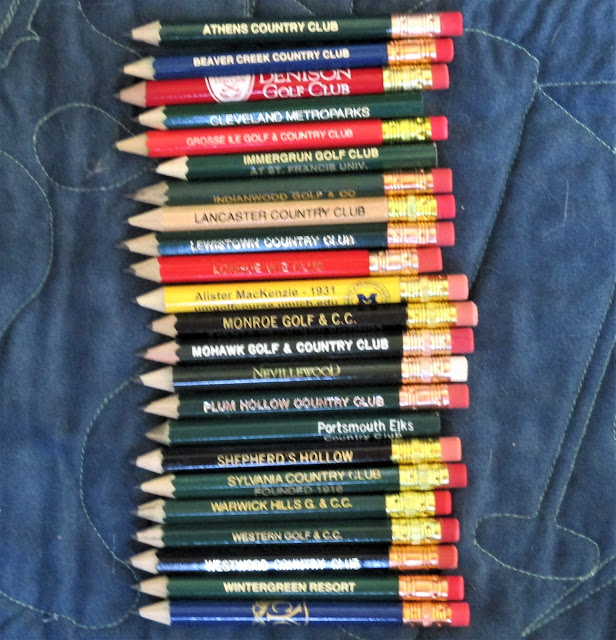