My golf experience in the state of Missouri was limited to a single day in St. Louis eleven years ago.  I decided to change that this year when Big Cedar Lodge opened their third eighteen hole course.  Because of the situation with Covid-19 we drove to Missouri and back which allowed for stops in St. Louis, the Ozarks and my wife's first round in Arkansas.

Our trip began just southwest of St. Louis at The Country Club of St. Albans.  Home to two courses, I played the Tavern Creek course which was designed by Michael Hurdzdan and Dana Fry.
We headed to the Ozarks for our next round on the first day of our trip.  The Club at Porto Cima, designed by Jack Nicklaus, was our destination.  The club prides itself on the difficulty of its Nicklaus design.  The finishing stretch is right on the lake, which led to me being booed on the 17th hole by a houseboat full of people when I hit my approach in the bunker!
We drove to the Branson area after golf for the next few days of our Missouri adventure.  Day two began with a break from golf as we visited Silver Dollar City Amusement Park where I rode rollercoasters for the first time in a few years.

After a fun filled morning at Silver Dollar City we headed north to Springfield, Missouri for a round at Highland Springs Country Club, designed by Robert Trent Jones Jr.  They were having their "tough day" or "revenge day" the day that we played it, but they took the very smart and unique approach of simply having a normal pin location (white flag) and a tough pin location (green flag).  This allowed people to have an option.  Brilliant idea. 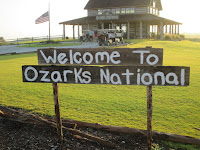 Day three of the trip brought us to the courses at Big Cedar Lodge.  First up was the best course at the facility, and in my opinion, one of the best public courses in the country, Ozark National.  Designed by Bill Coore & Ben Crenshaw, this magnificent design sits on the bluffs that overlook the other courses at Big Cedar.  Coore & Crenshaw did a brilliant job routing the course through some otherwise difficult terrain.
The Tom Fazio designed Buffalo Ridge Springs at Big Cedar was next up on day three.  Originally known as Branson Creek before it was bought by Big Cedar, the course was upgraded by Fazio a few years ago.
The fourth day of our trip saw a slight detour from the Big Cedar courses to check out the highly rated Branson Hills Golf Club, formerly known as Payne Stewart Golf Club, in Branson.  Opened in 2008 and designed by Chuck Smith, with input from Bobby Clampett, the course rolls through some very scenic hills and valleys.
We headed back to Big Cedar for the second and third rounds on day four.  I was fortunate to tee it up at the newly opened Payne's Valley Golf Club, designed by Beau Welling, under the Tiger Woods design banner.  The course features eighty-yard wide fairways and drop shot par three's.  It will be very popular with the average player.
The thirteen hole par-three course designed by Gary Player, Mountaintop, brought our time at Big Cedar to a conclusion.  The course was one of the best par-three courses I have ever played, and I applaud Big Cedar for building something that all players can enjoy.
The last day of our trip brought us to Blessings Golf club in Fayetteville, Arkansas.  The course was designed by Robert Trent Jones Jr with recent enhancements from Kyle Phillips.  We were very fortunate to play the course one week before a very big college invitational tournament that was broadcast on the golf channel.  The course played firm and fast and was definitely tournament ready!
SCORECARDS 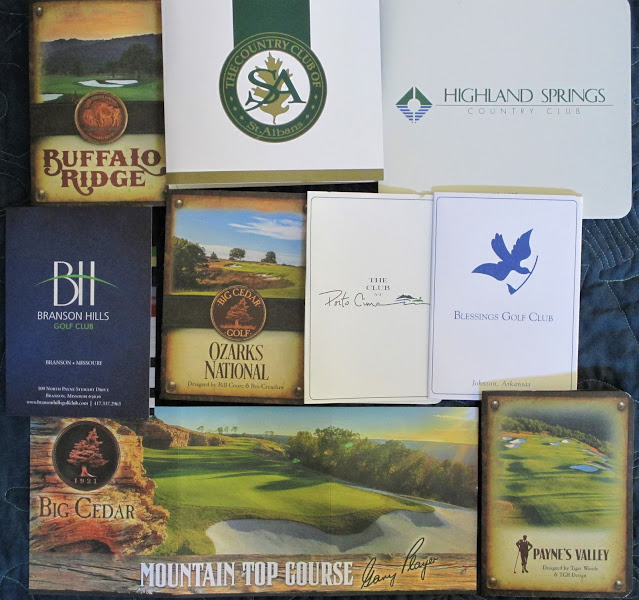 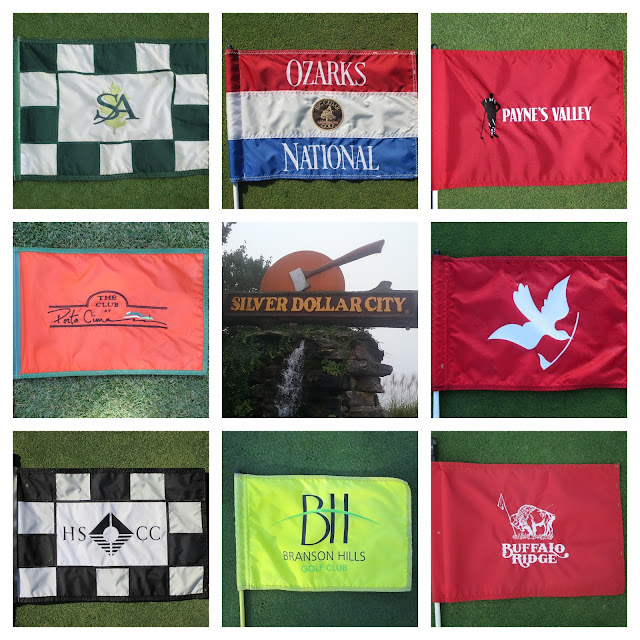