When people think of golf in Alabama, they mainly think of two things: The Robert Trent Jones Trail and Shoal Creek Country Club.  The massive Robert Trent Jones Trail currently encompasses 11 facilities that includes a total of 26 courses.  Shoal Creek Country Club is a Jack Nicklaus design that is a frequent host of major championships on the PGA, LPGA, and Champions tours.  On this trip, I learned that Alabama has a lot more to offer in terms of top quality courses in beautiful settings.  I spent several days in the golf rich area of Birmingham and a day in the Northern part of the state checking out some courses that deserve more attention. 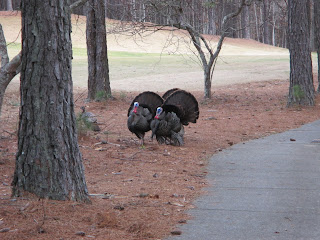 Ironically, my Alabama trip began with a stop in Villa Rica, Georgia at The Frog Golf Club designed by Tom Fazio.  This wonderfully undulating course just off Interstate 20 West of Atlanta has some beautiful scenery and very flowing Fazio bunkering.

After a relaxed morning round at The Frog, I headed to Birmingham and a round at the Legacy course at Greystone Golf & Country Club.  This Rees Jones course opened in 2000 and features all the things you see in a Rees design (finger bunkers and raised greens) although on a very good piece of property.  Periodic rainfall that day meant a very good pace of play because I was the only one on the course.

The third course on day one was the massive 8000 yard Ross Bridge Golf Club, part of the Robert Trent Jones Golf Trail.  Of the eleven courses I have played on the trail, this is by far the biggest and most ambitious.  Greens, bunkers, and surrounds are all the largest I have seen on any of the Trail courses.

Day two took me to the Northern part of Alabama and began with a round at the Fighting Joe course at The Shoals Golf Club.  This 36-hole facility is the Northernmost site on the Robert Trent Jones Trail. Like Ross Bridge, Fighting Joe features a set of tees at 8000+ yards.  I will refrain from making you read a long editorial about what a huge waste of resources that is! 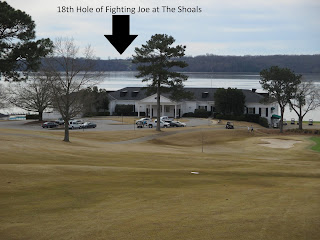 After my early morning round at The Shoals, I headed around to the Northern shore of the Tennessee River to play the course directly across the river from Fighting Joe: Turtle Point Golf & Yacht Club, also designed by Robert Trent Jones.  As the crow flies, Turtle Point is 1.7 miles across the Tennessee River from The Shoals, but getting from one to the other by car takes about 30 minutes! Turtle Point is a 1961 RTJ design and is as different from the Trail courses as it can be because of when they were built, 1961 versus 1990's, and his level of involvement.

Here's a photo collage of the very cool tee markers at Turtle Point:
I broke with the Robert Trent Jones theme for the third course on day two.  I drove to nearby Huntsville for a round at The Ledges, designed by Dr. Michael Hurdzan & Dana Fry.  The course was built in 2000 on top of a large hill that overlooks Huntsville.  The drive from the entrance is quite memorable as it takes you two miles straight up the hill to the club with breathtaking views of Huntsville and the valley below. Hurdzan & Fry did a great job routing many holes along ridge lines to take advantage of the magnificent views.

On the third day of my trip I returned to the Birmingham area.  The day began with the course widely known as being the best conditioned in the state of Alabama: Old Overton Club.  Designed by Tom Fazio and Jerry Pate, the course had been aerated right before I played it so I didn't get to see the course at its peak but I still really enjoyed playing a top notch Fazio on a great piece of property.


Next up on day three was my 176th Donald Ross course, Mountain Brook Club.  Typical for Ross, this course has an amazing routing that expertly uses a steep ridge that runs along most of the front nine.  A recent bunker renovation improved upon what was already a very good Ross design.


My last round on day three was the original Founders course at Greystone Golf & Country Club.  Built in 1991 by Bob Cupp, Founders is the current host of the Regions Tradition, a major championship on the Champions Tour.


On day four, I had the pleasure of playing the recently renovated Vestavia Country Club in Birmingham.  Vestavia was very recently renovated by Lester George.  I am a big fan of Lester's work as he renovated one of the courses I worked at for several years.  Lester did a masterful job creating fun and interesting new holes including some wonderful short par-fours.

After a wonderful early morning round at the main course, I checked out the par-three course at Vestavia before I started my eight hour drive home.   This delightful short course was designed by George Cobb, who also designed the par-three course at Augusta National.  It was very impressive to see what could be done with a pretty severe site to create a fun and interesting short course. 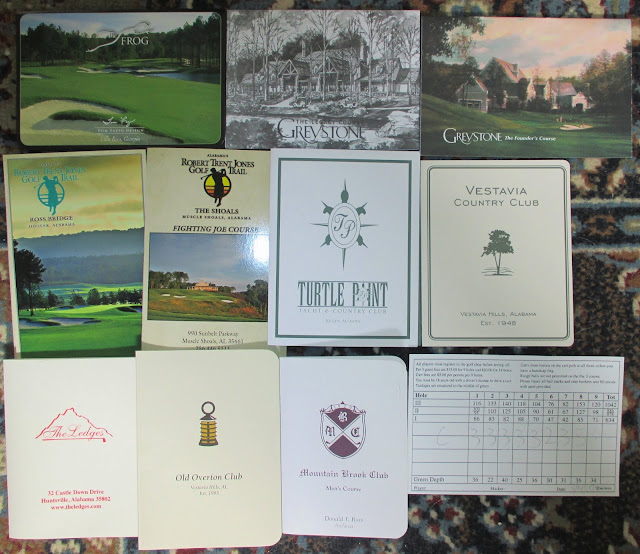 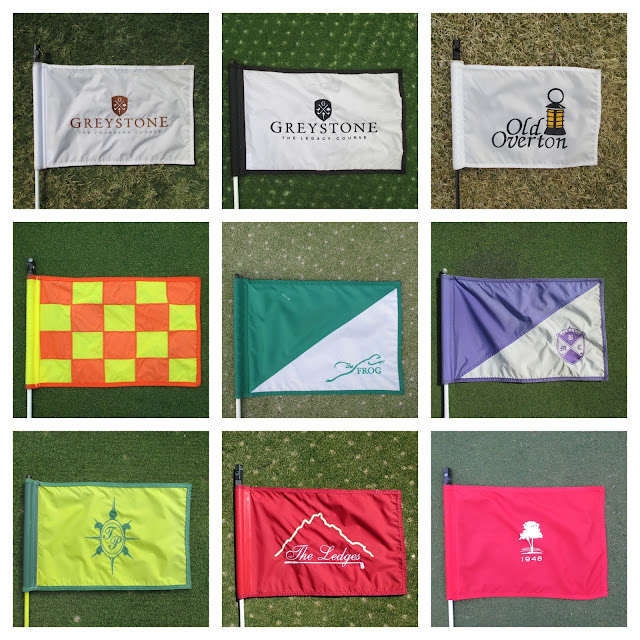 So that concludes another wonderful golf trip.  Even though I had to deal with lots of recently aerated and very wet courses on this trip, I still enjoyed seeing some very good golf.  Birmingham has some wonderfully undulating topography which really aids in giving the golfer endless variety in area golf courses.
at April 17, 2019