My quest to play every golf course designed by Donald Ross took me to Southern Ohio for four days of wonderful routings, interesting greens, and tons of fun. After the trip my count is now 191, which means I'm over halfway done!

The first course on the trip, Zanesville Country Club, is a 1933 Donald Ross design and is also the first course I've played that starts with the letter Z!  I've now played courses that start with every letter of the alphabet except X.  X might prove to be difficult since there aren't any courses in the US that start with X according to the National Golf Foundation.

Day one continued after an hour-and-a-half drive to Mansfield for a round at Westbrook Country Club.  This is a 1920 Ross design where the clubhouse sits on the highest point of the property, which was a common theme among the courses on my trip.   Ross masterfully used the elevation changes to create some very memorable par fours.


The second day of the trip began at the 1921 Ross design, Springfield Country Club. Another course with a clubhouse sitting high above the course, Springfield features very dramatic first and tenth tees that drop significantly from the tee shot.

Next up on day two was the mostly Jack Kidwell designed Piqua Country Club.  About six of the holes from the original 1920 Ross course remain, with most of the design being lost to the interstate highway adjacent to the course.

The last course I played on day two was the municipal Miami Shores.  Another course where the original Ross layout is mostly lost, Shores still maintains some of the trademark Ross greens.

Round two of this day continued at Hamilton Elks, a 1925 Ross design.  This course was on the flattest piece of property of any of the courses I played on the trip.  Still Ross was able to use the little elevation change to maximize the effectiveness of the holes.

The final course of my Ohio Ross trip was Maketewah Country Club in Cincinnati.  Redesigned by Ross in 1929, Maketewah features a very interesting piece of property where the majority of the front nine is played on fairly flat ground and the back nine goes up and down some large hills.  Recent renovation work has really made the bunkers stand out. 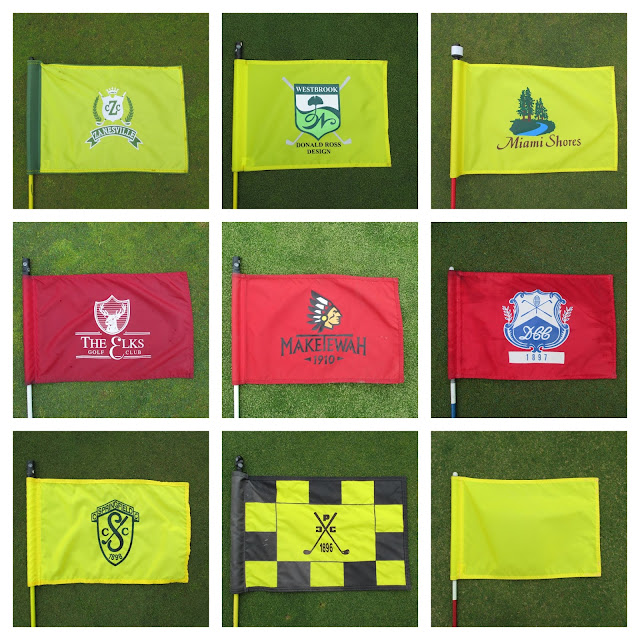 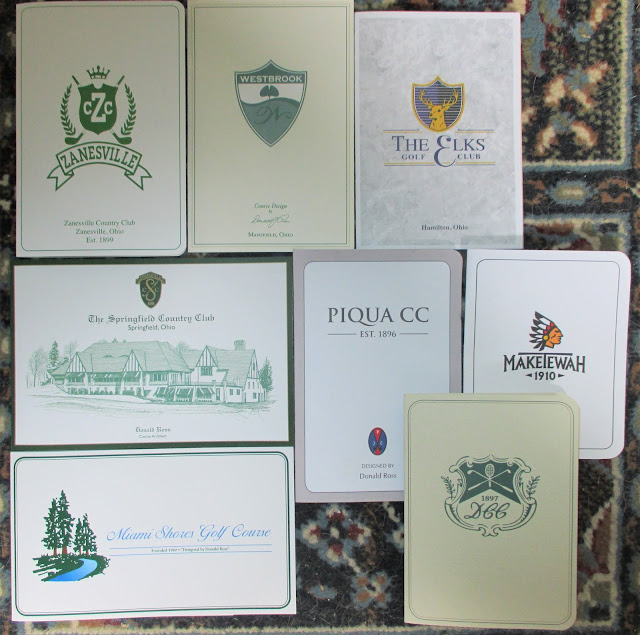