A few years ago I decided to make my maiden voyage to visit our northern neighbors.  Toronto was my chosen destination and on the drive to and from I also managed to play a couple very nice Ross courses in Upstate New York.

After a seven hour drive from my parents house in Northern Virginia, my trip began with the Donald Ross designed Country Club of Buffalo.  I really enjoyed playing this course and have it ranked in the top 20 of the 160+ Ross courses I have played.  Outstanding greens on a very cool site.

After my round at CC of Buffalo I crossed the border into Canada.  Day two of the trip began with Westmount Golf & Country Club in Kitchener, Ontario.  This wonderful parkland course was designed by Canada's most renowned designer, Stanley Thompson.


The afternoon of day two brought me to Hamilton Golf & Country Club in Ancaster, Ontario. I started out with the fun Par 3 course at Hamilton. 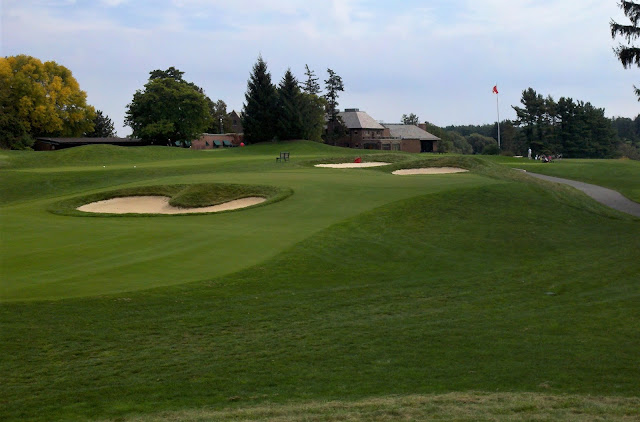 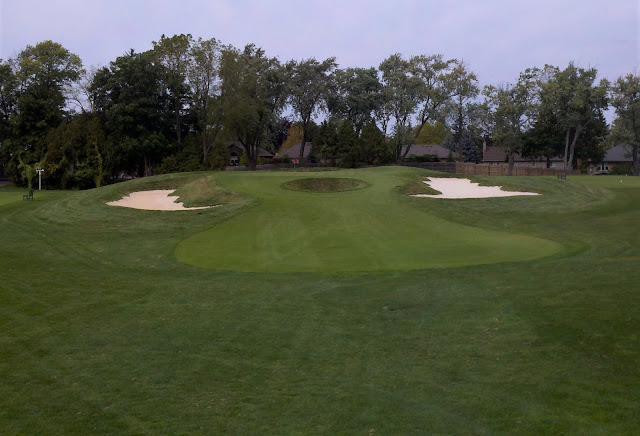 The main course at Hamilton has three nines.  The West & South nines make up the original course designed by Harry Colt that is consistently ranked as one of the top five courses in Canada.  This was the course that I played.

Day three of my Canadian adventure saw massive amounts of fog for a day of golf with the Devil!  First up was Devil's Pulpit in Caledon Village, Ontario.  Both Pulpit and Paintbrush were designed by the team of Dr. Michael Hurzdan and Dana Fry.  Pulpit is a little more quirky than Paintbrush and the dense fog made it tougher to navigate.


The day and the fog continued at Devil's Paintbrush which is about five miles from Pulpit.  This course was more traditional but still featured many interesting holes with lots of pot bunkers and a green with a tree in the middle of it!


The fourth day of the trip began with the perennially #1 ranked course in Canada, St. George's Golf & Country Club in Etobicoke, Ontario.  This amazing course is considered by many to be Stanley Thompson's masterpiece.  It is definitely in my personal top 100.

Day four of the trip continued at Toronto Golf Club in Mississauga, Ontario. Designed by Harry Colt in 1912, Toronto was recently renovated by Martin Hawtree. 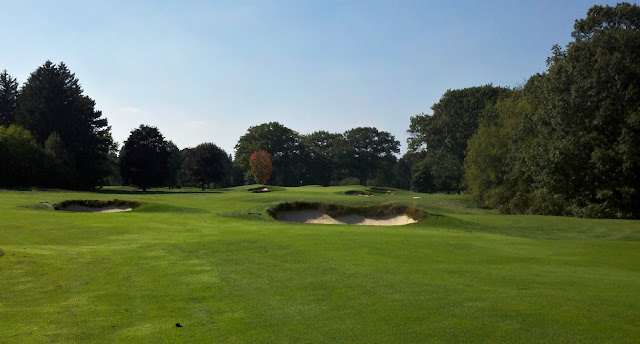 The last day of my maiden trip to Canada began at The National Golf Club of Canada in Woodbridge, Ontario.  This very scenic course was designed by George and Tom Fazio in 1976.

The West course at Oak Hill Country Club is located in Rochester, New York and like the East, was designed by Donald Ross.  The East course is the one that gets all the attention, having hosted many major championships, most recently the PGA Championship in 2013.  The West course is more of a pure Ross course and as a result, I enjoyed it much more than the East.