About this time last year my good friend and I took a road trip to play in Tom Doak's Renaissance Cup in Michigan. That trip profile is here:  Renaissance Cup Trip Review in case you want to check it out.
We had such a good time on the trip we started discussing possible options for a trip this year.  We missed out on an opportunity to play Crystal Downs on the Renaissance Cup trip so we started thinking about building a trip around playing at Crystal.  We added some courses in Wisconsin and eventually a plan formed that involved landing in Chicago, driving to Northern Michigan, taking the long way around Lake Michigan to Wisconsin, and back to Chicago.

The first round of the trip was a solo round early on the first day while I waited for my buddy to land at O'Hare.  The private River Forest Country Club in Elmhurst was nice enough to let me play a few holes while I waited for my buddy.  The course was designed in the 1920's by Charles Maddox and Frank MacDonald and is only eight miles from O'Hare.


After picking up my buddy at O'Hare we drove about four hours to Muskegon, Michigan for a round at Muskegon Country Club designed by Donald Ross.  The club has removed hundreds of trees in the past few years and it has really opened up site lines on this Ross gem.

Day two of our trip brought a return to two of my favorite golf courses that I hadn't seen in 11 years.  The amazing day began at The Kingsley Club in Kingsley, Michigan.  This modern course was designed by Mike DeVries in 2001.  I last played the course in October, 2007 and was eager to tee it up again at one of the best modern courses in the country.  Mike DeVries is a very innovative designer and I wish he got more opportunities to design courses in the US. 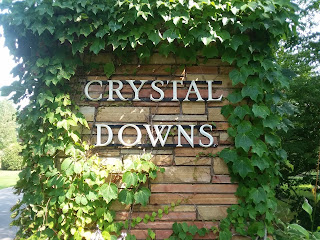 Our afternoon round on day two brought me back to one of the best golf courses in the US, Crystal Downs Country Club in Frankfurt, Michigan.  Designed by Alister MacKenzie and Perry Maxwell in the 1920's, Crystal is everything I love about golf course architecture.  It features amazing Maxwell greens and a unique routing that used the wonderful undulating topography to maximum effect.  I last played the course in a downpour on a cold day in October of 2007 so being able to play it on a gorgeous summer afternoon was a real pleasure. 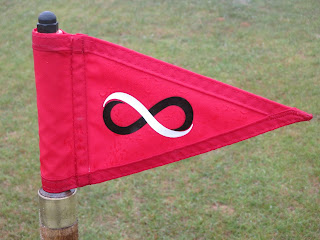 After an overnight stay in Grayling, Michigan we headed over to Forest Dunes Golf Club for a round at the Tom Doak designed Loop course.  We started out playing the Red course.  The Loop is a reversible course where you play the holes in one direction one day and another direction the next day.  The Red routing is played on even days and the Black routing is played on odd days.

Following a pleasant stroll on the walking only Loop we headed to the 72 hole Garland Resort in Lewiston for a round on the Fountains course.  Designed by Ron Otto, who designed all four of the courses at Garland, the Fountains is considered to be the best of the four courses at the resort.

We headed back to Forest Dunes where we would be spending the night in the lodge and played a late afternoon round at the Forest Dunes course designed by Tom Weiskopf in 2002.  I had previously played this course in 2013 and really enjoyed the chance to play it again. 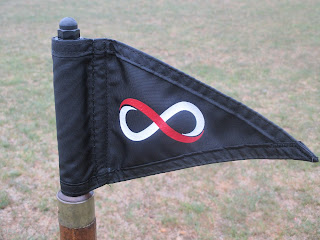 Following a wonderful overnight stay at the Lodge at Forest Dunes, which I highly recommend, we headed out for a round on the Black course at The Loop.  Before the trip, I had decided to count The Loop as one golf course for my list of golf courses played because it's the same eighteen greens. After playing The Loop both ways I changed my mind.  The Red and Black are completely different golf courses.  You never notice you are playing the same greens because of the use of different angles.  The Loop is a truly unique achievement in golf course architecture.


After another pleasant walk at The Loop we began our six hour journey around Lake Michigan to Wisconsin.  We broke up the drive with a round at Sweetgrass Golf Club in Harris, Michigan.  Part of the Island Casino Resort, Sweetgrass was designed in 2008 by Paul Albanese.


Day five of our trip began with a return to another course I played ten years ago, The Links course at Lawsonia.  This hidden gem in Green Lake, Wisconsin was designed by the Golden Age design team of William Langford and Theodore Moreau in 1930.  In recent years, Ron Forse and Jim Nagle completed a restoration that improved upon the already classic design.

A short hour and fifteen minute drive brought us to Sand Valley Golf Resort in Nekoosa, Wisconsin.  We began our Sand Valley experience with a round at the seventeen hole par 3 Sandbox course designed by Bill Coore & Ben Crenshaw.  The Sandbox opened earlier this year and features copies of many famous template holes.   It is a ton of fun and a must for anybody visiting Sand Valley.

After a wonderful time at The Sandbox we continued the Coore & Crenshaw theme with a round on the Sand Valley course which opened for play in 2016.  We moved up our time at Sand Valley which resulted in an amusing story:
We had 30 minutes to our tee time when we walked into the bar/grill room.  We sat at the bar and told the bartender we had a tee time in 30 minutes and what could we get that was quick.  He gave us a bar  menu.  My buddy ordered tacos and I ordered a plain salad.  My buddy got his tacos in about 10 minutes, but no salad in sight. With 5 minutes to go before our tee time, my salad arrived.  My buddy went to go check in for our tee time and learned that we had to take a shuttle to the first tee at Sand Valley.  I start trying to eat my salad very quickly and almost choked to death on a piece of lettuce.  My ever sympathetic buddy said "If you died I had the perfect obituary for you; He died doing what he loved, rushing to a tee time"  I said "Damn, that's a great obituary, I'm sorry I didn't die!"

Sand Valley is another in a great line of Coore & Crenshaw designs.  The best compliment I can give them is that it didn't look like any of their previous designs I had played, which genuinely surprised me as I thought on a sandy site like this it would look like some of their other projects on sandy soil. It also had the best set of par 5's I have played on a C&C design. 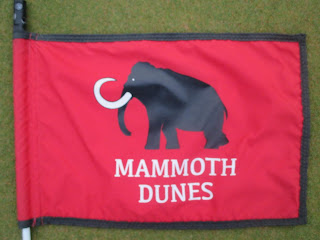 The last day of our trip, well the last day for my buddy, began with a round at the newly opened Mammoth Dunes course at Sand Valley designed by David McLay Kidd.  The course is possibly the widest course I have ever played with most fairways over 100 yards wide.  Mammoth will always be more popular with the masses than architecture geeks like me because it's main objective is for players of all skill levels to have fun, which is probably why they hired Kidd.  He excels in this area and people like my 30 handicap wife very much appreciate it.


Still marveling about the experience at Sand Valley Golf Resort, we headed back to the Chicago area for a round at the Donald Ross designed Exmoor Country Club in Highland Park, Illinois.  We were joined at Exmoor by a member friend of mine.  The course was restored by the amazing Donald Ross restoration expert, Ron Prichard.


The seventh day of the trip began with me dropping my buddy off at O'Hare and then heading over to North Shore Country Club in Glenview for a quick morning round before my afternoon flight out of Midway.  Designed by C.H. Alison in 1924, the Club completed a major renovation in the past few years that brought the course back to its former glory and restored some of the features of a classic Alison design.

Another wonderful golf trip in the books!  Many thanks to my buddy for setting up some of the golf, to TD for hosting us at Crystal Downs, to Shivas for hosting us at Exmoor, and to my amazing wife for allowing me to continue to have these adventures!

Scorecards from the trip: 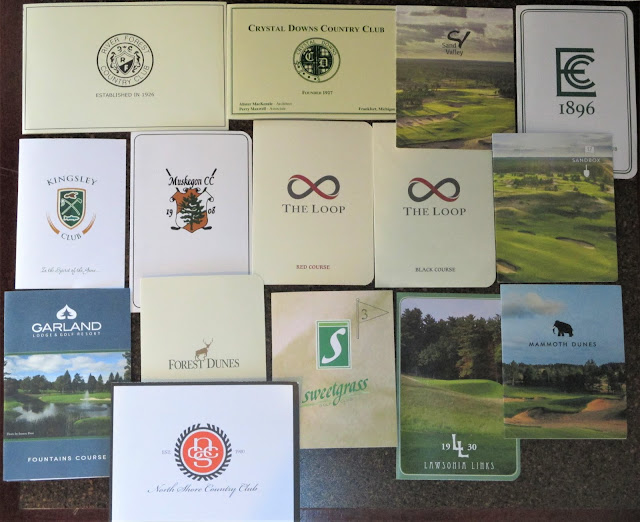 Pencils from the trip: